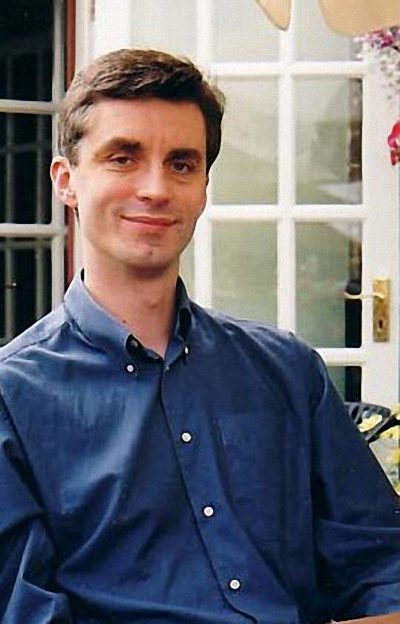 Son of Mary, Son of David, Son of God and Son of Man

Advent. A season when we focus on the return of Christ, the ‘second coming’, at some time in the future.  ‘Lo! He comes with clouds descending’, ‘So when next he comes in glory’, and all that.  Our viewpoint is our own here and now, looking into an unknown future.

Obviously Advent is more than that. Its themes of Patriarchs, Prophets, Mary and the Baptist point us towards the nativity (or, to retrofit the analogy, the ‘first coming’).  But does this hindsight view distort things?

What if we could immerse ourselves into the surroundings and world just prior to that time?  What might it have been like for them, too, looking into an unknown future?

Earth was waiting, spent and restless,
with a mingled hope and fear;
and the faithful few were sighing,
‘surely, Lord, the day is near;
the Desire of all the nations,
it is time He should appear.’

In the sacred courts of Zion,
where the Lord had His abode,
there the money-changers trafficked,
and the sheep and oxen trod;
and the world by earthly wisdom
knew not either Lord or God.

Then the Spirit of the Highest
on a virgin meek came down,
and He burdened her with blessing,
and He pained her with renown;
for she bare the Lord’s Anointed,
for His cross and for His crown.

Earth for Him had groaned and travailed
since the ages first began;
for in Him was hid the secret
that through all the ages ran−
Son of Mary, Son of David,
Son of God, and Son of Man.

The Jewish people in northern Israel and southern Judah had been settled in their land; the land promised to them, under their king David. This land was an integral part of their faith; it represented God’s promises to them. And they had their temple, built by David’s son Solomon.

But things went wrong. They drifted from God.  This culminated in a disastrous and catastrophic exile.  God’s abode, the Davidic temple, was ransacked and destroyed.  By the waters of Babylon they sat down and wept and wished destruction of even the infants of their captors.

Eventually a fragmentary remnant of their once large number returned to a fractional part of their former land. But all lay in ruins. They attempted to reconstruct their land, their lives and a second temple.

But this was a mere shadow of their former existence and of their former selves.  Their residue of former ‘promised land’ was still fought over by foreign forces, from the east, from Greece and then from Rome. Their ‘earth’ was spent; it was restless. This faithful few sighed in fatigue ‘surely, Lord, the day is near’. Where is this Davidic Messiah, promised by the prophets?

Thus has the first verse of the hymn planted its roots deeply into the soil of the Hebrew Bible.

Our hymnwriter then takes us on an astonishing tour de force of biblical juxtaposition, worthy of any Second Temple exegete, and worthy of any present-day scripture-focussed successor. Having first taken us to the world of Luke’s gospel with Anna and Simeon in the Temple he  secondly now overlays for us the non-nativity scene of the cleansing of this temple, which John’s gospel relocates to almost the start of Jesus’s ministry. Thirdly, into this same temple scene with its markets, he ricochets our own traditional Christmas view of the sheep and oxen at the stable (and where Mary will go for ritual purification and to present the Lamb of God):

In the sacred courts of Zion,
where the Lord had His abode,
there the money-changers trafficked,
and the sheep and oxen trod;

Fourthly, he inserts, as biting commentary, a theme from John’s ‘Logos’ introduction:

and the world by earthly wisdom
knew not either Lord or God.

This world, this promised land, ‘knew him not’; not even in the sacred courts of the temple abode of God himself.

Like a playwright, he then switches scene to a peasant girl. ‘Blessing’, usually such a positive word, is darkened with storm-clouds: ‘burdened her with blessing.’  Simeon’s ‘a sword shall pierce your heart’ pierces this ‘blessing’. And ‘pained her with renown’: the bitter personal dark side of her own ‘all generations shall call me blessed’ song:

for she bare the Lord’s Anointed,
for His cross and for His crown.

Finally we return to that Promised Land, still desolate:

Earth for Him had groaned and travailed
since the ages first began;

and the New Testament Romans 8 nativity resonance: ‘the whole creation...as in labour pains.’

These disparate threads then weave together in brilliantly simple yet profound tapestry:

Son of Mary, Son of David,
Son of God, and Son of Man.

as the psalmist’s ‘king set on Zion, my holy hill’ in Davidic succession is, most unexpectedly, this infant son of peasant-girl Mary.  Son of God, yet also Son of Man: the image of God in Genesis and the visible image of the invisible God of Colossians.

By the way, has ‘Immortal, invisible, God only wise’ sprung to mind? No? Thats understandable. Yet this hymn is by the same author, Victorian era Scottish Free Church minister Walter Chalmers Smith, 1824−1908.  Quite some contrast of hymnwriting from the same hand!

Tunes? This has been matched with various 87.87.87 tunes. You might try PICARDY, MANNHEIM or perhaps my own TRAVAIL written specifically for this text.

Prayer (based on the collect for 16th Sunday after Trinity)

O Lord, we beseech you mercifully to hear the prayers
of your people who call upon you;
and grant that we may both perceive and know
what things we ought to do,
and also may have grace and power faithfully to fulfil them;
through Jesus Christ your Son our Lord,
who is alive and reigns with you,
in the unity of the Holy Spirit,
one God, now and for ever.

Download the PDF of this reflection
Here is a link to David's tune TRAVAIL: http://www.servicemusic.org.uk/smith/earth.pdf
Have you considered becoming a member of the Hymn Society of Great Britain and Ireland? We are accepting membership through PayPal or Bank Transfer. Please click the button to be taken to our registration page.
Register to become a member