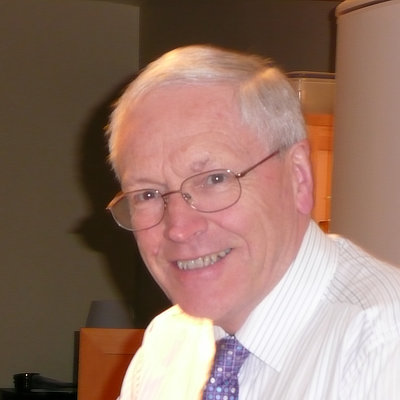 You’ve just heard the opening verses of a Korean hymn, text and tune by Geon-yong Lee, which can be found in CH4 and A&M.[1] I first met the author at a World Council of Churches workshop at Bossey in 1988, a gathering of practitioners in church music from many countries and cultures. The purpose was to share, write and trial new hymns and songs. Our hymn was one of them, and two years later, in the first edition of Sound the Bamboo (the hymn book from the Christian Council of Asia),[2] ‘Come now, O Prince of Peace’, so simple in its sentiments and winsome in melody, emerged to take its place as one of the work songs of the ecumenical movement. It was only afterwards that I learned that this unassuming South Korean was a household name in his own country, professor of music at the National University of Arts in Seoul, director of music of the capital’s Anglican cathedral, soon after to be President of his university and head of Seoul Metropolitan Opera, and a major composer in a musical idiom which drew both on Western music and the indigenous music of Korea.

The hymn addresses God under four biblical titles: Prince of peace / God of love / Saviour / Hope of unity, and appeals for reconciliation both within and between nations. There are two things which keep this from being a conventional prayer for unity. One is that the ‘your people’ of the hymn is most immediately the divided nation of Korea, and the hymn is expressing the passionate commitment to reunification held by this author born in what is now North Korea and whose family came south after the country was wrenched in two at the end of the war. For Lee the music common to both countries was one avenue towards healing. He himself is just as at home in the culture of Western music; it was while still at school that he experienced what he called a ‘shaking of the heart’ when hearing Schubert’s song cycle Wintereisse for the first time, and which finally propelled him into writing music. Yet, in the face of a prevailing drift towards the Westernisation of Korean music, Lee has studied, championed and focused interest in the idiom and the cultural values of indigenous music, indeed becoming its figurehead.

The other reason for this being more than an example of ecumenical diplomacy derives from the sheer energy of the biblical sources from which it springs, particularly St Paul in his teaching about the body of Christ. From the number of times Paul writes about this, and the way he struggles to explain, it would seem that one of the dangers in the early days of the church was that its freedom brought the trying of new wings, the release of individuality, often to the detriment of the whole. The hymn pleads in three of its verses, ‘make us one body’. Paul writes to the Romans: ‘We, who are many, are one body in Christ’. It’s a doctrine that trips off the tongue, one we take for granted, something we all aim for, locally, ecumenically, internationally. How should we understand this insight? Do we see it as setting the bar for a deeper fellowship for which we must strive together? I wonder, though. if starting at the individual end and aiming towards a fellowship of individuals, is not to read the doctrine backwards.

For proper scrutiny of Paul’s words show that what the numbers add up to is not a multiple but a unit, the body of Christ. Paul’s careful wording makes it clear that it is the body that is paramount, not the components (us) who make it up. When he writes (in 1 Cor. 12:12), ‘all the members of the body, though many, are one body, so it is with Christ’, it is not our numbers or diversity, ‘the many’, that is the focus but the obvious truth that if there is a body there have to be limbs and organs with differing functions. It is not that we add up to something—clever old us—but that by Baptism we are made indissolubly into a body of members, both mind and muscle. Is this not what is underlined in the teaching about the gifts of the Spirit? All members of the body are gifted but these are gifts given to the whole body. Persons with their giftedness interlock to serve the whole body and to build it up. So it’s not a talent competition, or separate roles which must not be trespassed upon; rather, there is a dynamic which flows between gifted persons, preventing the body ossifying into a fixed shape, keeping it hospitable and open. It is first and foremost one, but it is enriched by difference.

The hymn argues that the nation, north and south, is at base united in one, that humanity is one, the church is one. The music supports the doctrine, a people’s common language: the five-note scale, the triple time typical of Korean music, the dissonances, the voice parts which stray into each other’s territory, the stark, ambiguous open fifth on the last chord.

Because it speaks so eloquently to one situation, it speaks to us all: nations, churches, local congregations. It affirms through Scripture reference, poetry and musical idiom that beyond borders, across the differing ideologies, there are people who share the same humanity, and that before there are individuals with their different agendas there is one body, for Christ makes us kin.

A Collect from our hymn

God of all nations,
who in your beloved child Jesus Christ
cast down the borders of prejudice,
of gender, of status and of fear,
and in whose dying and rising
transcended the final border of death:
open our eyes and hearts
to recognise the unity for which we are made,
so that, drawing on the whole body’s strength,
we may show in all our relationships
the shape of the promised reconciled community,
your kingdom on earth and in heaven;
through Jesus Christ we pray,
who lives and reigns with you
in the unity of the Holy Spirit,
God for ever and ever. Amen.

(We now hear the whole hymn)