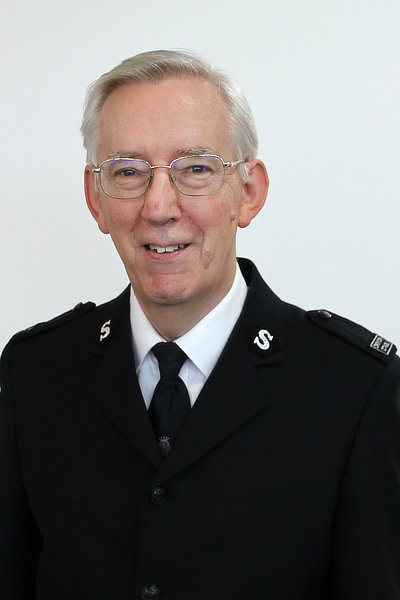 HOW firm a Foundation, ye Saints of the Lord,
Is laid for your Faith in his excellent Word;
What more can he say than to you he hath said?
You, who unto JESUS for Refuge have fled.

In every Condition, in Sickness, in Health,
In Poverty’s Vale, or abounding in Wealth;
At Home and Abroad, on the Land on the Sea,
“As thy Days may demand, shall thy Strength ever be.

“Fear not, I am with thee, O be not dismay’d,
“I, I am thy GOD, and will still give thee Aid;
“I’ll strengthen thee, help thee, and cause thee to stand,
“Upheld by my righteous omnipotent Hand.

“When thro’ the deep Waters I call thee to go,
“The Rivers of Woe shall not thee overflow;
“For I will be with thee, thy Troubles to bless,
“And sanctify to thee, thy deepest Distress.

“When thro’ fiery Trials thy Pathway shall lie,
“My Grace all-sufficient shall be thy Supply;
“The Flame shall not hurt thee, I only design
“Thy Dross to consume, and thy Gold to refine.

“Even down to old Age, all my People shall prove
“My sovereign, eternal, unchangeable Love;
“And when hoary Hairs shall their Temples adorn,
“Like lambs they shall still in my bosom be borne.

“The Soul that on JESUS hath lean’d for Repose,
“I will not, I will not desert to his Foes;
“That Soul, tho’ all Hell should endeavor [sic] to shake,
“I’ll never—no never—no never forsake.”

Today’s hymn was first published anonymously in A Selection of Hymns from the Best Authors (1787), compiled by John Rippon, which was described as an ‘Appendix to Dr. Watts’s Psalms and Hymns’. This hymn was included in a section headed: ‘Scripture Invitations and Promises’, and was linked with the text: ‘Exceeding great and precious Promises’ (2 Peter 1:4). The last line has a footnote to Dr. Doddridge’s translation of Hebrews 13:5, ‘I will not, I will not leave thee, I will never, never, never forsake thee’.

Although the publication was entitled A Selection of Hymns from the Best Authors, some of the authors were not named, and ‘How firm a Foundation’ was one of three hymns where the author was identified only by the initial ‘K–––’. A note in the preface explained that hymns prefixed by only a single letter were by ‘a Person unknown’ or have undergone ‘considerable alterations’. Attempts have been made to identify the author, and several names have been suggested, including Kirkham, Richard Keen, and George Keith, among others, though with no conclusive evidence.

I have been singing this hymn for as long as I can remember, but I now realise that it may not be as well known as I first thought. As a hymn based directly on several passages of Scripture it seemed an obvious choice for this ‘Hymn of the Day’ series, but it is unusual in that almost every line was originally printed in quotation marks, as if spoken directly by God. The verses are mainly paraphrases of scripture, rather than direct quotations, but the hymn keeps closely to the language of the King James version on which it was based.

The second and sixth verses of the original have often been omitted from later hymn books, but without these two verses the hymn seems incomplete, so I have used the full text of the hymn for this reflection. The hymn is never sung in this form, as editors have revised and modernized the text, but here we are looking at the original version.

The opening seven lines of the hymn provide the context for the scriptural paraphrases and allusions that follow. The central message outlined here is that the word of God provides a firm foundation for the Christian life, in all circumstances and places, from the cradle to the grave, and the second verse concludes with the first of the scriptural Promises: ‘as thy days, so shall thy strength be’ (Deuteronomy 33:25).

Verses four and five are based on Isaiah 43: 2, ‘When thou passest through the waters, I will be with thee; and through the rivers, they shall not overflow thee: when thou walkest through the fire, thou shalt not be burned; neither shall the flame kindle upon thee.’ The trials by fire, or by water are for refining, purifying and cleansing.

Verse six is based on Isaiah 46:4, ‘And even to your old age I am he; and even to hoar hairs will I carry you: I have made, and I will bear; even I will carry, and will deliver you,’ and also echoes Isaiah 40: 11, ‘He shall feed his flock like a shepherd: he shall gather the lambs with his arm, and carry them in his bosom, and shall gently lead those that are with young.’

As already indicated, the final verse concludes with a reference to Hebrews 13:5, ‘for God hath said, I will never leave thee, nor forsake thee’, which is taken from Deuteronomy 31:6, ‘... for the Lord thy God, he it is that doth go with thee; he will not fail thee, nor forsake thee.’ It is a confident conclusion to a hymn of assurance and hope.

The hymn has been sung to various tunes in 11.11.11.11. metre, including MONTGOMERY, ADESTE FIDELES, FOUNDATION, and MY JESUS, I LOVE THEE, and too many others to mention, but my choice is ST. DENIO (also known as JOANNA), a strong tune of Welsh origin, which matches the positive affirmation of the words. A link to the hymn sung at The Salvation Army, Regent Hall, in Oxford Street, London, in August 2020, is given below.

Lord, when the foundations of our world are shaken, and fear threatens to overwhelm us, give us faith to trust you, strength to follow you, and grace to sustain us through times of testing and trial. Give us light to guide us, hope to encourage us, and love to empower us. In the Name of Jesus, we pray. Amen.