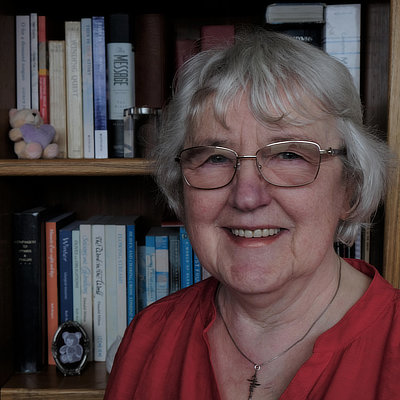 It was a new beginning on the day the Spirit came.
The house was filled with roaring wind and heads were touched by flame.
Their lips were blessed with languages that all could understand
and Peter led the charge into this new uncharted land.

It was a revelation when the doors were opened wide
and all could see what happened to the ones who were inside.
“These men are plainly very drunk, at only nine-o-clock.
It’s surely very clear they’ve had a monumental shock.”

It was a new translation when the Spirit led their speech
and Peter stood in front of them and then began to preach.
The people were amazed because they understood each word
and, what is more, they acted on the message that they heard.

It was a new beginning, but the story carries on,
as people still find inspiration, though the years have gone.
For Pentecost is permanent, the Spirit still holds sway
and helps us to translate God’s word and challenge for today.

In the last chaotic eighteen months one of the things that many of us have missed the most has been the opportunity to sing together. At Christmas we were denied carols and for two Easters we have been unable to sing that celebration too. Carols at Christmas and Easter are part of the fabric of our Christian worship.

But what about Pentecost? Where are the carols that celebrate the joy of that amazing day? Confining my research to Singing the Faith (the latest Methodist hymn collection, published in 2011 and the one I know best) I discovered that in its seven hundred and ninety hymns there are thirty-three Christmas carols, twenty-nine Easter hymns and thirty-two for Pentecost. However, all the Christmas hymns refer directly to the birth of Jesus and most of those in the Easter section follow the story of the resurrection day. The Pentecost section is rightly labelled The Gift and the Work of the Holy Spirit, but when it is explored only three of the hymns contain any reference to the day, and that reference is in passing. The other twenty-nine hymns are concerned with the influence of the Spirit in our own lives and our own time.

Where are the carols  that tell the story, told in Acts: Chapter 2, of the day that changed those frightened disciples into inspired witnesses? Why has it not been written about more widely? There are some hymns in the older editions of our books that cover the subject, but the current publications seem to prefer to concentrate on personal faith, rather than celebrating how this new experience began. Could it be that there are too many awkward questions to be asked about the experiences of that day? What is the meaning of the tongues of fire? How could that happen and why? How could there be a wind inside that room and, even if it was only a sound, where did that come from? How could those people suddenly become multi-lingual, or was it just gibberish? And they had been locked away for days because they were too frightened to come out to face the crowd. Why were they doing it now? That is the story we read in Acts: Chapter 2, and it is remarkable: certainly as remarkable as the stories that were circulating about the birth and resurrection of Jesus.

But this event was happening to ordinary people, transformed in an amazing way into confident Christians and gathering in three thousand new followers with the power of Peter’s confident speech. Suddenly this great crowd, gathered from many countries, was able to understand that God was speaking to their hearts and minds and offering them a new direction in life; a new purpose for living. This was a revolutionary idea. It was the Birth Day of a new church! Surely it is an event worth celebrating and singing about?

A few years ago, I was involved with a weekend hymn-writing workshop focussed on the subject of those Pentecost events. In our group there were two musicians very familiar with and involved in the folk music tradition. As the text writers were producing their words, the musicians were called on to suggest, or provide, tunes for this new material. Sue Gilmurray, one of the musicians, began to play a tune she had written, which had echoes in it of The Lincolnshire Poacher. Once that tune was in my mind, I could not stop replaying it, so I found a quiet corner and began to write, amidst a totally imaginary crowd of carol singers waiting to hear a new song they could sing at full volume and with great gusto. Like any good Christmas, or Easter, carol, it tells the story as it is told in the Bible. Starting with the strange happenings in that locked room (Acts 2: 1-4), it moves with the disciples spilling out into the streets, to the amazement of the crowd that accused them of drunkenness (vs 5-13) and that remarkably challenging sermon by Peter (vs 14-41). It was the birth of the Christian church and our own calls to inspiration and witness stem from that day.

It certainly deserves its own rousing carol. To be sung in the best folk tradition! And, although the singers here have not recorded it, the tradition with this tune is that the last line of each verse is repeated, which makes it even easier to join in, with feeling!

Enabling God, as we remember and celebrate that momentous day, when frightened disciples were transformed into bold witnesses, help us to recognise our own need for the help of your Spirit in all the work we attempt to do for you.