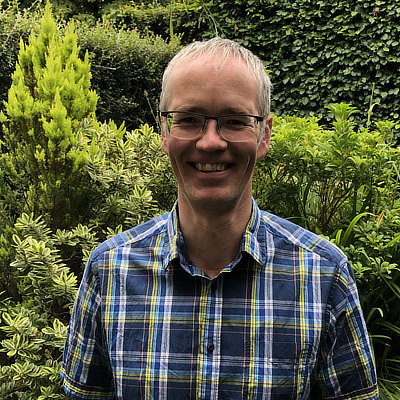 Let all mortal flesh keep silence, and with fear and trembling stand;
Ponder nothing earthly-minded, for with blessing in his hand,
Christ our God to earth descendeth, our full homage to demand.

King of Kings, yet born of Mary, as of old on earth he stood,
Lord of lords, in human vesture – in the Body and the Blood:
He will give to all the faithful his own Self for heavenly Food.

Rank on rank the host of heaven spreads its vanguard on the way,
As the Light of light descendeth from the realms of endless day,
That the powers of hell may vanish as the darkness clears away.

This eucharistic hymn perfectly captures the “fear and trembling” we mortals ought to feel towards the transcendent power of God. The text is a paraphrase of the Cherubic hymn used at the Great Entrance in the Orthodox Liturgy of St James, dating back to at least 275 A.D. This ancient liturgy has bequeathed us a hymn redolent with sacred mystery. The verses printed above are translated from the Greek by Gerard Moultrie (1829-85) and entitled ‘Prayer of the Cherubic Hymn’. It is a great ecumenical hymn, which has proved very popular among Catholics and Anglicans.

One reason for its endurance in Anglican hymnody is its inspirational partnering by Ralph Vaughan Williams in the English Hymnal (1906), with the tune PICARDY, a French carol melody. In their preface, the compilers noted the ecumenical character of hymnody as witnessing ‘to the fact that in the worship of God Christians are drawn the closer together as they are drawn more closely to the one Lord’.

I include links below to the hymn and to the choral setting by Sir Edward Bairstow. This was conducted by his successor at York Minster, Francis Jackson CBE and recorded for Columbia in 1950 on 78rpm.

The command to demonstrate holy awe or reverence in the face of the divine draws its biblical inspiration from the prophet Zechariah 2:13, "Be silent, all flesh, before the LORD; for he has roused himself from his holy dwelling"; here, awe is designated the appropriate attitude towards God as he prepares to act. The same verb denoting awe is also found in the Greek translation (Septuagint) of Habakkuk 2:20 with a wider scope of reference: "Let all the earth show reverence before him".

The first verse interprets the prophetic command christologically: God, incarnate in Christ, comes down to earth now, to demand our homage. The present tense brings us to the present action of the Eucharist and the need to prepare our hearts to receive him!

In boldly affirming the Doctrine of the Real Presence, the second verse concludes that “He will give to all the faithful/His own self for heavenly Food.” In the original liturgical setting of the Divine Office, the silence is prompted by awe that the King of Kings, Christ our God, comes to be sacrificed and to be given unto mortals.

The third verse begins with the alliterative “Rank on rank the host of heaven”; the rolled “Rs” certainly appealed to my youthful imagination, though it doubtless failed to grasp the cosmic scale of the struggle heralded by the “Light of light” doing battle with the forces of darkness.

The fourth verse juxtaposes the object of Christian worship with the vision of Isaiah in the Temple, as the Seraph comes before his feet in adoration. One response to God is exemplified by the Cherubim, shielding their eyes from the glory of God and crying the threefold “Alleluya” refrain. In contrast with the jubilant Cherubim, the prophet’s response, is “I am lost” (6:5); or perhaps “I am struck dumb”.

The twin motifs of fear and silence may have been inspired by the instructions of the Apostolic Constitutions regarding deportment at the Eucharist: ‘And after the prayer, let some of the deacons devote themselves to the offering of the Eucharist, serving the body of the Lord with reverent fear and let other deacons observe the people and command them to be silent.” (Apos.Con.2.57.15 Funk)

How should we respond? Certainly, with the awed silence of Isaiah. Yet out of this silence, the Cherubim summon us to echo their “Holy, Holy, Holy” during the Eucharist.

King of kings, teach us always to be reverent in your divine presence at Holy Communion. Help us, Lord, to respond in humility to your word and to echo the heavenly voices in everlasting praise of your eternal name. Amen.