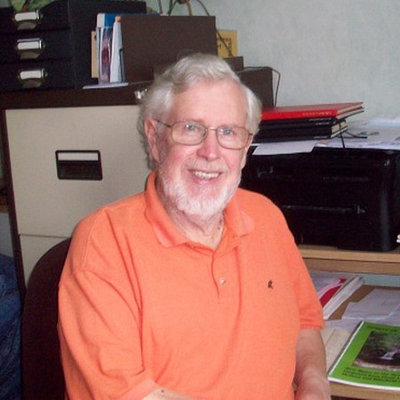 Live with faith that speaks of Jesus
whatever life may bring,
a faith that shows its kindness,
a hope that makes us sing.
Whatever troubles face us,
or those we try to serve,
whatever evil tempts us
our love will never swerve.

Live with joy that speaks of Jesus,
alive in us today,
a joy that knows no limits
at work at rest or play.
Sing songs to greet the morning,
say prayers to bless the night,
give smiles to greet your neighbours
and help them share the light.

Live with peace that speaks of Jesus,
a peace to set us free,
a peace beyond our knowledge,
a Christ for you and me;
no weapon to protect us
though we may share his pain,
we stand in any conflict
to make peace in his name.

Live with love that speaks of Jesus
at work in us right now,
a love that cares for others
and does not worry how.
Love that is full of mercy,
love that is pure in heart,
love that is always willing
to make another start.

Live a life that speaks of Jesus
with purpose to the end,
a reason to be living
with Jesus as our friend.

Beside us on our journey,
in glory or despair,
in all that makes us human,
we know that God is there.

I know that this is one of my own compositions but it comes as a reflection on Stainer’s tune, IN MEMORIAM, which for all children of a certain age was sung as ‘There’s a friend for little children‘ (Albert Midlane (1825-1909)). As a rather lonely little boy the idea of Jesus as a friend was very appealing and although the ‘heavenly‘ imagery had no appeal it became the tune to which I wanted to respond with my own words.

I often found myself humming it. Like many I have my favourite Bible quotes such as the wonderful passage in Deuteronomy 30 which grounded my thinking. God was not out there but here. His command to choose life has been a guide to my thinking. This was enhanced by the words of Jesus  in John 10 vs. 10 – ‘I have come in order that you might have life – life in all its fulness‘ With those words centred as they are in the good shepherd passage I found a challenge. What was God calling me to do? My third text came later when I had been critically ill. I was in a good safe, well paid job but I believed that God still wanted me to do something else—but I had a young family, I had security—and then I read 1 John ch 4 vs. 18 and that week I also read an advert for Probation Officers.

So it was that these texts about life became the foundation of how I could write a hymn suitable for the tune that kept coming back to me. The core was the life that we are called to live. Adding to that was the fruits of the Spirit of love, joy and peace (Galatians 5:22) which followed the thinking behind Stainers hymn; only where he was looking to an afterlife I wanted to look at life now. It had to be relevant to the life its reader had. The original words were fine for the relationship but it was above the bright blue sky and that is as far away from my theology as you could get. The friendship I retained in my final verse. Jesus as our friend is with us on our journey

It took me into the 1970‘s before I began to write new hymns and eventually (in 1995) found my work being published in Worship Live. As a probation officer and then a family mediator, living with my faith has always been a real part of my life and work but the hymn was not to speak about me but to speak about Jesus, to share the joy that this friendship had given me. It soon became published in both Worship Live and in the anthology Eternal Springs[1] as well as being in my own book of hymns.[2]

Because of its unique metre—8.6.7.6.7.6.7.6—the tune is not readily available, yet those of a certain age will always remember it. Sometines when I wanted to use it I had to alter my wording to shorten my start to ‘have‘ faith .... and set it to one of the several tunes of that metre, but the home of this hymn is IN MEMORIAM. It is a slow tune but it goes well to a more lively rendering with this hymn..

Pray for those who do not know the joy of living with Jesus as part of their life nor have the quality of life that is fulfilling for them.

I pray for the people I served in my career: the Courts, the prisons, the alcoholics, drug addicts and prostitutes, families torn apart by divorce and despair—all those who yearn for faith, joy, peace and love; all of whom long to live a life as God would want them to live.

Pray for those who are living in dark places that they may find the light of love and learn to live a life that speaks of Jesus.