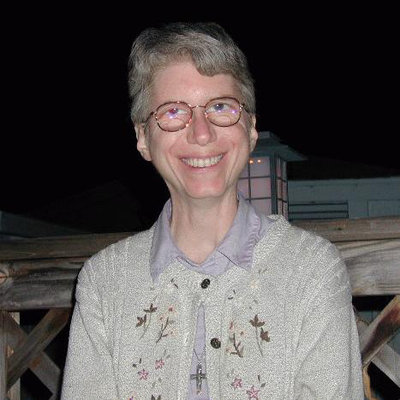 What is a hymn traditionally associated with the season of Advent doing here in the middle of July? The answer has several dimensions.

First is the season of Advent, itself which began in the late 3rd and early 4th centuries as a six-week period preceding Christmas beginning on the Feast of St. Martin of Tours (November 11) and known as “St. Martin’s Lent”. A remnant of this can be found in the Revised Common Lectionary in which the readings toward the end of November dwell on the Second Coming of Christ—an Advent theme.

Next is the increasing use of hymns as poetry and for devotional material, as in this Hymn of the Day series. Finally, this hymn is a good example of the use of Scriptural references in a hymn or even the use of Scripture to create a hymn—a feature widely used by Charles Wesley in his hymn texts.

The belief that the Messiah will come “with the clouds of heaven” (Daniel 7:13) begins with Daniel’s prophetic vision of the Four Creatures, the Day of the Lord and a final judgment that would usher in a new kingdom in which God reigns. This theme is announced again in I Thessalonians 4:16ff and other places. The Hymnal 1982 Companion[i] assigns a Scripture verse to each verse of the Wesley’s hymn text:[1]

To these could be added several other verses including (for verse 2): the accounts of Jesus’ Passion where he prays “Father, forgive them for they know not what they do” and, from Peter’s sermon in Acts 2:14-21 in which it is told how they “killed the Author of life” but also how they “acted in ignorance” and are offered the chance to repent.  Verse 4 ends in great exultation echoing the canticles of Revelation and declaring that, in the end, “Thou shalt reign and Thou alone”.

This hymn came into Charles Wesley’s collections as early as early as 1780. The text with its tune HELMSLEY did not come into Anglican/Episcopal usage until Ralf Vaughan Williams rescued the melody from an overly embellished version and harmonized it, making it a dignified processional hymn.[2] The Hymnal 1982 contains Wesley’s original four verses, with a word change in the first line from “once for favoured sinners slain” to “once for our salvation slain”. The YouTube cited above is one of only a few of the Episcopal version of the hymn.

Here we have a hymn that awakens us to the theme of what I call the comings of Christ: In the past at his birth, in the present in Word, Sacrament and Worship, and looking to his Second Coming. In this case, the hymn dwells mainly on the last coming and our disposition toward it. We can languish with “those who set at naught and sold him…” or we can welcome him, seeing his scars as a “cause of endless exultation”. The final verse rings out:  “Yea, Amen! Let all adore Thee” and prays “Savior, take the power and glory;/ claim the kingdom for thine own.” To really enter into this hymn, whether it is sung at the culmination of the Christian Year (which some celebrate as the Feast of Christ the King) or at the beginning of Advent, is to proclaim the Messiah, the Christ, who will come to save us and finally bring the Kingdom of God to completion. What more could we ask?

O God--As we prepare to enter the season of Advent, help us to welcome you as you came into our world in the birth of Jesus, to recognize your present coming in Word, Sacraments and in one another, and to look forward with expectation to your coming again in glory. This we ask in the Name of Jesus the Lord, who lives and reigns with you and the Holy Spirit, one God, for ever and ever. Amen.

Lo! He Comes with Clouds Descending