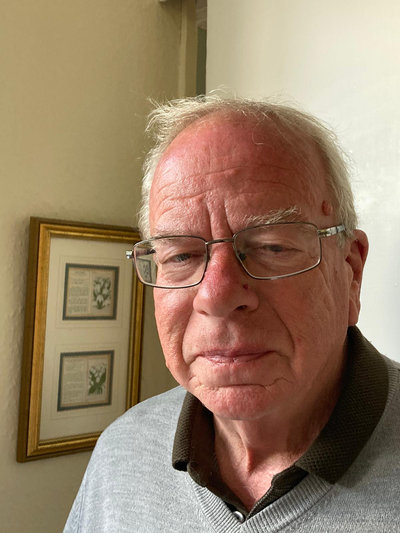 Our hymn is a translation by Catherine Winkworth of one of Luther’s best- known hymns. Imagine the impact of hearing this exposition of the Lord’s Prayer in one’s own language in the 1530s: ‘Vater unser im Himmelreich.’ And the strong tune, based on existing musical sources, is admirably suited to the gravitas of the subject matter. Luther’s text, described as ‘The Lord’s Prayer briefly laid out and brought into song form’, takes each phrase of the prayer, which is then expanded with relevant illustrations. Thus, ‘Give us this day our daily bread’ also asks that we may be kept from ‘famine, pestilence and war’, conditions which were all too common in the sixteenth century, as, indeed, they still are today.

Luther’s text is a teaching aid, designed to expound the prayer in such a way that people can personalise its meaning and application. A similar technique is found in some other texts based on the Lord’s Prayer, such as ‘Father God in heaven, Lord most high’ by James Seddon (1915-1983). But Luther’s text is much more detailed in its depiction of referential material. Of course, for practical use, people might well prefer a straightforward versification of the prayer, such as the Caribbean Lord’s Prayer. And there are many musical settings of the prayer, ranging from traditional plainsong to Hillsong Worship. However, for all its dated language, the Luther/Winkworth commentary still gives us much food for thought, and we, too, can sing at the end of the prayer, ‘Amen. Now hear us, Lord’.

A further note on the translator. Catherine Winkworth was a scholar who combined a knowledge of languages with the skill of a poet; she had a clear understanding of how hymns work in practice. Best known for her translations from the German, for instance, ‘Now thank we all our God’ and ‘Praise to the Lord, the Almighty, the King of creation’, she lived for the latter part of her life in Bristol, where she played a significant role in the setting up of the University College.

And a comment on the tune. VATER UNSER appears in many organ pieces, notably those by J.S. Bach (1885-1750). As a reflection of the contrasting levels on which the Lord’s Prayer can be approached, there are two settings of this chorale in Bach’s Clavierübung Part III (1739). One, BWV 682, is extremely elaborate, and has been described as ‘the most complicated and most difficult to understand of all Bach’s chorale settings.’ The other, BWV 683, intended for the benefit of children, is much simpler, but is no less effective in its message. Two sides of the same coin. Music cannot do the praying for us, but it be a valuable catalyst for helping us to pray from our ‘inmost heart’.

In the name of the Father and of the Son and of the Holy Spirit. Amen.

I thank you, my heavenly Father, through Jesus Christ, your dear Son, that you have graciously kept me this day; and I pray that you would forgive me all my sins where I have done wrong, and graciously keep me this night. For into your hands, I commend myself, my body and soul, and all things. Let your holy angel be with me, that the evil foe may have no power over me.

Our Father, Thou in heav’n above [‘Vater unser im Himmelreich’

In our sung version of this hymn we have omitted some of the verses:
Private recording by Lucy Foster, née Sharp.