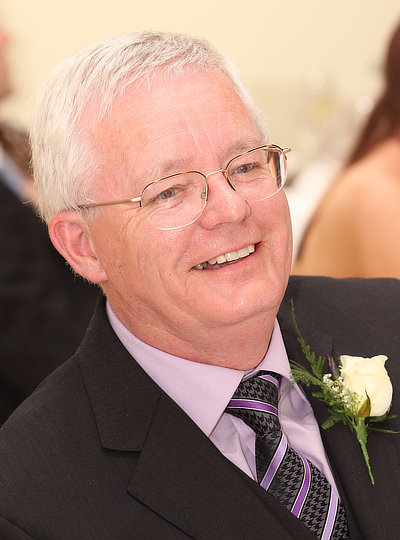 Stay, Master, stay, upon this heavenly hill;
A little longer, let us linger still;
With all the mighty ones of old beside,
Near to the awful Presence still abide;
Before the throne of light we trembling stand,
And catch a glimpse into the spirit land.

Stay, Master, stay! We breathe a purer air;
This life is not the life that waits us there;
Thoughts, feelings, flashes, glimpses come and go;
We cannot speak them—nay, we do not know;
Wrapped in this cloud of light we seem to be
The thing we fain would grow—eternally.

No! saith the Lord, the hour is past, we go;
Our home, our life, our duties lie below.
While here we kneel upon the mount of prayer,
The plough lies waiting in the furrow there.
Here we sought God that we might know His will;
There we must do it, serve Him, seek Him still.

Some older versions include a fourth verse:

If man aspires to reach the throne of God,
O’er the dull plains of earth must lie the road:
he who best does his lowly duty here,
Shall mount the highest in a nobler sphere:
At God’s own feet our spirits seek their rest,
And he is nearest him who serves him best.

Picture, if you will, a well-attended church of yesteryear as the Sunday evening Service moves towards its end and, having basked in the previous hymns, prayers and sermon, the congregation stands to sing the final hymn. The organist plays the opening bars of UNDE ET MEMORES and the congregation begin to sing. Those are my earliest memories of this hymn.

Then suddenly verse three shakes us out of our spiritual dawdling as we hear the voice of God calling us out to face Monday morning and the rest of the working week, to where ‘the plough lies waiting,’ and to where we must serve God and our fellows. The hymn now often ends there because it is a more fitting ending than that of verse four, and perhaps because for some it has echoes in lines 3 and 4 of salvation by works.[1]

The words were written by Samuel Greg, the son of a wealthy Unitarian Mill owner in Styal, Cheshire. After attending Unitarian Schools Samuel Greg went to Edinburgh University and later opened his own mill in Bollington, Cheshire, where he was known as a good employer, and where, along with many nonconformist mill owners, he created a village for the mill workers.

As A R Watson has pointed out the hymn is an expression of Unitarian belief, with the command to go back to ordinary life and work.[2] Historically it has been valued more by Methodists than by Unitarians. It was in the Methodist Hymns and Psalms (158) that verse 4 was dropped, but the text has not found a place in the latest Methodist book, Singing the Faith.

The tune UNDE ET MEMORES, was written by William Henry Monk, the musical editor of Ancient and Modern, for the second edition where he set it to the Eucharistic hymn, And now O father mindful of the love. As well as being its musical editor it was Monk who suggested the title, Hymns Ancient and Modern. Monk was organist and choirmaster at various London churches and Professor of Vocal Music at King’s College, London and Professor of Harmony and Vocal Music at Bedford College, London.

Returning to my beginning, feelings of spiritual comfort are not in themselves bad. As Colin Morris was fond of saying, if Christians lived as they should in the week they would come willingly to church on Sunday for refreshment and renewal. This hymn allows us to dwell in those conditions of spiritual retreat, but not too long before calling us on to the place where, having sought God’s will, we go out and serve God, the world and each other.

GOD of all grace,
you do not ask what we deserve,
you do not pay us according to work completed,
your gifts are without demand,
your love is without limit;
we who have received so much from you ask also for
courage to give as you give
and stamina to serve as you serve;
through Jesus Christ.
Amen

[1] St. Paul vs The Epistle of James; Luther vs Social gospel. Time does not permit us to argue that this an unnecessary dichotomy!