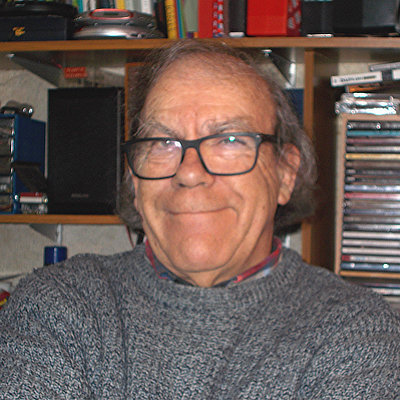 Prophet, Priest and Saviour,
Word of Life, the Prince and the King of Love:
Raised by God to the highest place
Where He reigns in light above,
Having brought redemption for the earth,
While humbled for a span,
So we’ll wait for the Star of Morning,
And the coming of the Son of Man.

Will he find us faithful?
When he comes with saints and his angel band?
Will he find there is faith on earth?
Have we followed his command?
May he find there’s love and peace on Earth,
And we’ve fulfilled his plan,
As we wait for the Star of Morning,
And the coming of the Son of Man.

This new hymn was written in 2013. Here we celebrate and reflect on some of the more mysterious names and titles of Christ.

In the first verse, we encounter the term by which Jesus refers to himself in his last reported words in the Book of Revelation when he says,

I Jesus, have sent my angel to announce these things to you in the churches.
I am descended from the family of David; I am the bright morning star.
(Rev. 22:16)[1]

Similar expressions appear in Revelation Chapter 2 verse 28, ‘I will also give them the morning star’, and in the Second Letter of Peter, Chapter One verse 19, ‘…the Day dawns and the light of the morning star shines in your hearts.’.

The idea of Christ as ‘Morning Star’ is found in several traditional hymns.  Charles Wesley says, ‘Daystar in my heart appear’ in his hymn Christ whose glory fills the skies,[2] while in Thy Kingdom come O God by Lewis Hensley,[3] the hymn concludes with, ‘Arise O Morning Star, arise and never set’.   A modern hymn that takes up this theme is Christ is our light! the bright and morning star by Leith Fisher.[4]

So what does the idea of Christ as ‘Morning Star’ suggest?  A star suggests a new king or leader. (See Numbers 24:17) Christ, like the star, is the herald of the morning and the new day, and by implication, the new age, and as the morning star is seen most strikingly while the sky still dark just before dawn, so it is into the darkness of our world that Christ will come.

The title ‘Son of Man’ represents one of the outstanding puzzles of the New Testament.  In one sense, it could be seen as a counterpart to the title ‘Son of God’ in that it indicates the human side of Christ’s nature in contrast to the divine. In the Old Testament the same expression is found in Ezekiel and Daniel, as well as in in Psalm 8. It is possible that Jesus gives it new meaning, however, and often uses it when speaking of himself and when he does, in many instances it is in an eschatological context—as if, when he returns at some point in the future, it will be with some form of renewed identity,—perhaps as a prototype of a new type of human? Does this have implications for our own future too?

In Philippians chapter 2, Saint Paul recites a hymn-like poem to the ‘Cosmic Christ’.  Whether this was Paul’s own composition, or one that pre-dates Paul’s ministry is much debated.  None the less, the theme of the mysterious name of Christ lies at the heart of this passage. We read:

Therefore God raised him to the highest place above and gave him the name that is greater than any other name’ (Phil. 2:9)

Paul, it must be said, though, is less concerned to expand on the meaning of this than to hold up Christ’s humility as the example that the Philippians should follow.

Conclusion—The message of the hymn

In the first verse, we reflected on Christ, the Word who was with God at the beginning of all things. In the second verse, we reflected on his work of redemption and his ascension to glory, and the roles,—Prophet, Priest and Saviour—he filled to accomplish this.  In the final verse we consider the last things,—the conclusion of God’s plan and purpose. But here we encounter open questions and challenges, for we have a part to play, and God invites us to be co-workers in the fulfilment of his plan.

Writing this hymn was certainly an exciting challenge, but I still find myself wondering if changes could usefully be made.

Examples of places in the Bible where concepts used in The Coming of the Son of Man are found.

O Lord of many names and titles;
Creator of the Universe; Giver of Life;
Judge Eternal; Saviour, Friend and Guide.

We come to you to bring our worship, praise and thanksgiving;
for you Lord are beauty, power, love and truth,
the owner of our praise
and inspiration of our worship.

Grant us the power of your Spirit to
enliven our worship and strengthen our fellowship;

Grant us your truth that we may acknowledge our faults
and experience more fully your grace and forgiveness;

Grant us your wisdom that we may follow the pattern of our
Saviour Jesus Christ, and the curiosity and diligence to search
the Scriptures and wrestle with the mysteries you have set before us
that we may have richer understanding and deeper faith.

Grant us love that we may respond to one another in kindness
and understanding; that there may be peace and accord among us.

Through Jesus Christ our Lord