Other committee members serve for a three-year term.
If elected for a further term, they cannot be reappointed for one year. 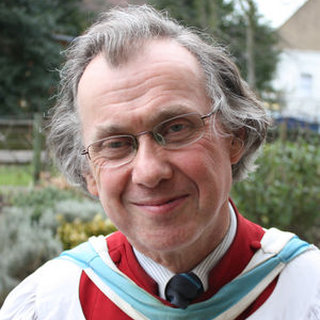 Terence Atkins studied at the Royal College of Music and the Universities of London and Birmingham, and he was Organ Scholar at St George’s, Windsor. He has been Organist and Choirmaster of Barnet Parish Church since 1976 and Director of the Elstree Singers for almost 30 years. He is currently President of the Enfield and District Organists’ Association. Introduced to the Hymn Society by John Wilson, Terence has attended every conference since 1974. He was responsible for the Classified Index to the Bulletin (Vols. I-X) and has continued to index subsequent volumes. He represented the Society as organist at the International Conference in North America in 2003, and he accompanied the Festival of Hymns in Chester Cathedral in 2005 and in Waltham Abbey at the 75th Anniversary Conference in 2011. 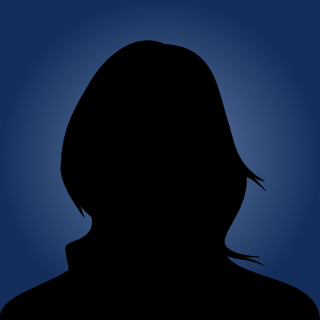 Growing up in north London, Lesley belonged to the local Anglican church from early childhood, later joining the choir and gaining a grounding in choral singing and traditional hymns. Lyrics learned during this period remain with her and have influenced her spiritual formation.

At Durham University, she was college chapel rep., helping to plan worship. During a year in France she worshipped with a Brethren assembly, giving her a different musical diet.

After teaching in Oxford, Lesley moved to Liverpool for her husband’s first curacy. They stayed in Liverpool for 40 years, in urban and suburban churches. Most recently they were near neighbours of Ian Sharp, who later became Director of Music at their church. Lesley worked with Ian on choosing hymns, and they co-led a worship group. He also introduced her to The Hymn Society.

Now in Cumbria, Lesley chooses hymns for their village church. Along with over 20 others from local Anglican churches, she is taking the Worship for Today course and discovering more about good worship-leading and how best to use available resources. She mentions The Hymn Society whenever she can, as a source of fellowship, inspiration and education. Many church people have never heard of it. She’s trying to change that!

Lesley is a serving member of The Hymn Society’s Publications Committee. 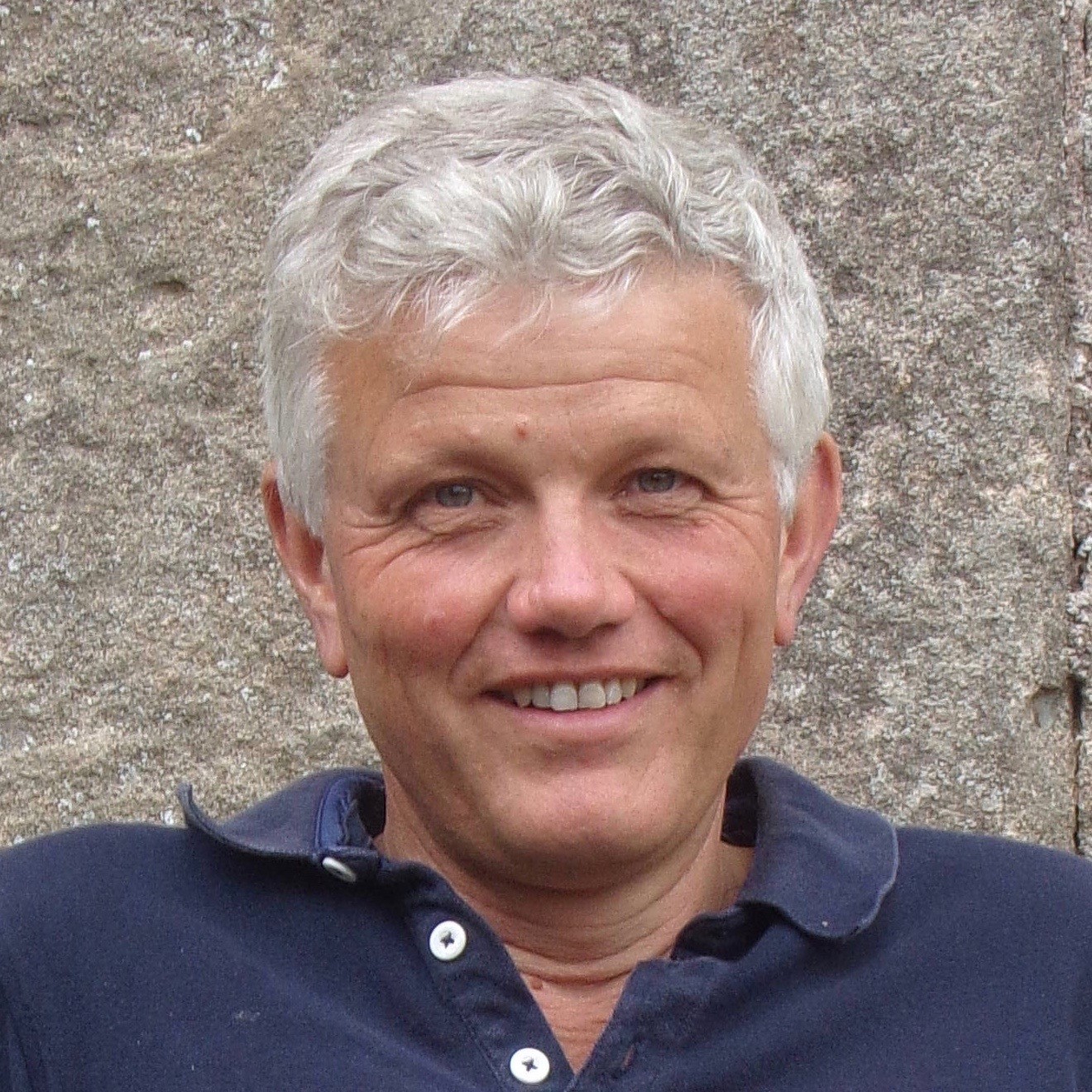 Adam was born and brought up in Clacton-on-Sea with one foot in the Methodist Church and the other in the Church of England. He joined the church choir at St John’s Great Clacton when he was eight, transferring to the choir of St Mary’s Prittlewell when the family moved to Southend in 1979. Adam studied theology at Keble College, Oxford, again joining the chapel choir, before spending a year as the Dean's volunteer at St George's Anglican Cathedral in Jerusalem, where there were fewer opportunities for music. However, he learned the plainchant office hymns of the English Hymnal during the daily offices in the cathedral. He trained for Anglican ministry at Lincoln Theological College and was made deacon in 1990, serving initially in St Edward's Romford and being ordained priest in 1991. After a second curacy in Uckfield (East Sussex), Adam became Vicar of St George's Tilehurst (Berkshire) in 1998 where he has been serving ever since, becoming Vicar of the neighbouring parish of St Mary Magdalen's Tilehurst a few years later.

Adam received his DPhil in Old Testament Theology in 2013 at St Peter's Hall, Oxford, under the supervision of Prof. John Day, subsequently becoming a member of the Society for Old Testament Study. His thesis, Cherubim and Seraphim in the Old Testament, was summarised in an article in the Journal for the Study of the Christian Church. He teaches Bible and Liturgy regularly in the Anglican Diocese of Oxford under the Church of England’s Common Awards scheme.

Adam joined the Hymn Society in 2017, is married to Gill, and has two children, Harriet and Ranulph. 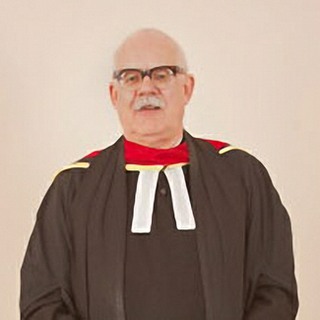 Graham is a graduate of the Universities of Aberdeen, St. Andrews and Oxford, and gained his D.Min. at Pittsburgh Theological Seminary where he also won the Richard J. Rapp Memorial Prize for his paper, Play it Again, Psalm! in 2006. He is a third generation Church of Scotland Minister, and since his ordination in 1978 served parishes in Fife, Dumfries, Orkney, and Aberdeen until his retirement at the end of April 2017.

In addition to his Parish responsibilities he was Depute Clerk & Treasurer to the Presbytery of Kirkcaldy (1981-1987) and Moderator of the Presbytery of Dumfries & Kirkcudbright (1994-95). He also served as part-time chaplain to Randolph Wemyss Memorial Hospital from 1980-87.

Since joining The Hymn Society in 1993, Graham has at various times served on its Executive Committee, and is currently a member of the Publications Committee. He was Chaplain at the Society’s Dublin Conference in 2000, and Commentator at the Festival of Hymns at last year’s Conference at St Andrews.

A collection of his early texts and tunes was published under the title Presbyterian Praise in 1999; he has since contributed to Christian Hymns (2004), Come Celebrate (2009), and Thanks and Praise (2015). He is the author of the Hymn Society’s Occasional Paper on Scottish Psalmody (2012); and of two Short Guides, How Can We Use the Psalms in Worship? (2012) and Hymns and Ministry to those with Dementia (2017) and has also written various articles and reviews for the quarterly Bulletin. 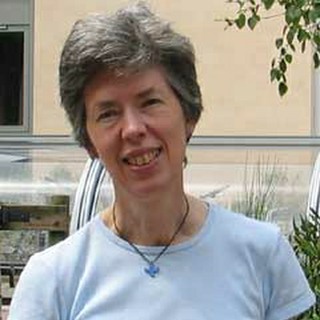 Anne Harrison lives in Durham with her husband, Jamie. She taught music in a London school and later worked as Music Co-ordinator for St John’s College, Durham, then for the Royal School of Church Music. She has written two Grove booklets, Sing it Again: The Place of Short Songs in Worship (2003), and Recovering the Lord’s Song: Getting Sung Scripture back into Worship (2009). For ten years Anne led the team producing the RSCM’s quarterly liturgy and music planner, Sunday by Sunday. She edits the music pages of Praxis News of Worship, and has been a director of Jubilate Hymns. Chairing the editorial team for the hymnbook supplement, Sing Praise (2010), and sharing in the preparation of the most recent Ancient & Modern hymnal (2013) have enabled her to bring together material from a wide range of musical traditions.

Dr Elsabé Kloppers holds doctorates in Theology and Musicology, is a lecturer in Practical Theology at the University of South Africa (UNISA) and teaches hymnology and liturgical studies at various institutions. She has been editor of the Journal for the South African Church Organists Society, Coordinator of the Institute for Music Research at the National Research Foundation and part of the Swedish-South African Research Network (SSARN) on Music and Identity. A minister in the Dutch Reformed Church, she served on the committees for a new Afrikaans hymnal (Liedboek van die Kerk 2001) and has made a substantial contribution regarding ecumenical texts and translations. Elsabé is a member of various societies, publishes in many scholarly journals and has wide international experience – as Resident Scholar at the Institute for Ecumenical and Cultural Research, Minnesota , USA , she travels widely and attends numerous international conferences. Her ongoing activities include teaching, research, hymn writing and, of course, travelling. 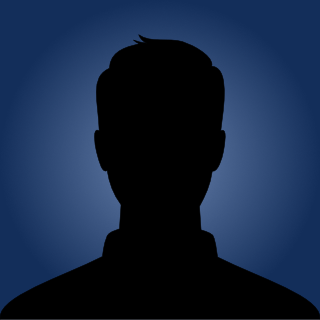 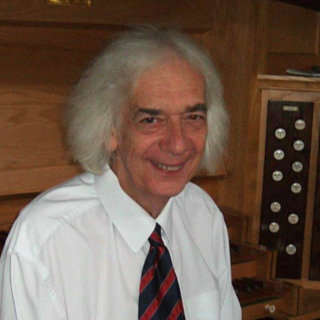 John Webber was born in Okehampton, Devon in 1948 but was living in London by the time that he was of school age. Having learned to play the piano and organ from an early age, and also by watching other choir trainers, he was appointed organist and choirmaster to his first position at the age of fifteen.

John studied at the Guildhall School of Music and Drama and his organ professors were Harold Dexter and Nicholas Danby. He then took to secondary school music teaching in Kent, but it took eight years for him to realise that he was far more suited to giving individual tuition (and keeping up the choir work). John did an external Mus.B. at Durham and took the Archbishops’ Diploma in Church Music, both in the 1980s. He is currently based at St. Johns, East Dulwich and also runs two choirs for young people: Beckenham Junior Choir (aged 6-11) and Beckenham Youth Voices (11-18), as well as the Elm Singers, which combines secular and sacred choral music and gives occasional concerts. He continues to teach organ and piano and gives organ recitals from time to time.

John is keen to rehearse hymns properly with his church choirs and not just go for the anthems and “fun” music. He believes that hymns need sensitive preparation by choirs, to deal with mood, attention to the poetry, diction and so on. He meets regularly with the clergy at his church to discuss hymns for the coming weeks and it is a genuine discussion between them and him. Within worship, hymns are chosen to match the point of the service by (e.g.) being the right length, volume, speed and so on, quite apart from fitting the theme and season.

John has been married to Maggie since 1982; it seems to work! He is a keen listener to “The Archers” on Radio 4, but doesn’t know much about television programmes. He is also yet one more London red bus anorak.

* = completing a second 3 year term of service and, therefore, not eligible for re-election for a year when their term is complete.