Our 2019 two-day Conference was held on the Keynes College Campus of the University of Kent, on the edge of Canterbury, looking down towards the City and its Cathedral. There is ample parking for cars. The nearest train station is Canterbury where taxis are available. The campus is also readily accessible by bus. 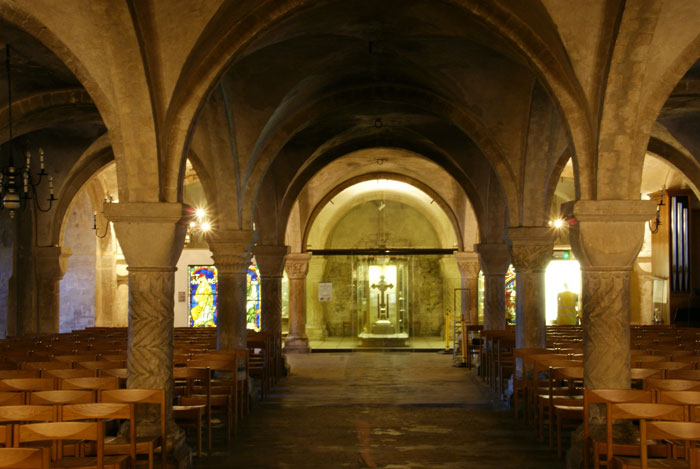 The Festival of Hymns was in Canterbury Cathedral’s Western Crypt: Commentator, Janet Wotton; Organist, John A. W. Webber; Conductor, John Bell.
The Crypt dates back to the 11th century and is the oldest part of the Cathedral. Its architectural style is very different from the rest of the Cathedral. Round arches, beautiful carved capital and decorated columns are typical of Romanesque (Norman) architecture.

John Bell: Whatever Happened to Jesus in the Church’s Song?
Carl Daw: What Would Watts Do 300 Years Later? Embarking on a New Psalter
Christopher Gray: Reconstructing the inception of Nine Lessons with Carols which first took place at Truro Cathedral in 1880
Nicholas Markwell: The Bicentenary of the birth of James Ellor (1819-1899) and the tune ‘Diadem’
Gillian Warson: Gathering rushes and playing the meadows: singing All Things Bright and Beautiful today

There were three Sectionals (30 minutes) and a Short Metre Session (10 minutes fron each participant).

On this page, for members only, there are audio recordings of the sessions.