It was on a Friday morning 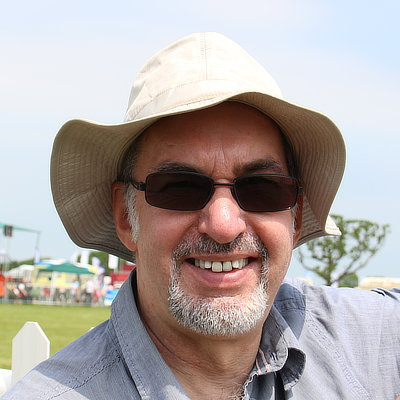 3          Now Barabbas was a killer
And they let Barabbas go.
But you are being crucified
For nothing, here below.
Your God is up in heaven
And he doesn't do a thing:
With a million angels watching,
And they never move a wing.
It's God they ought to crucify
Instead of you and me,
I said to the carpenter
A-hanging on the tree.

4          To hell with Jehovah,
To the carpenter I said,
I wish that a carpenter
Had made the world instead.
Goodbye and good luck to you,
Our ways will soon divide.
Remember me in heaven,
The man you hung beside.
It's God they ought to crucify
Instead of you and me,
I said to the carpenter
A-hanging on the tree.

This might seem like a strange poem to choose as a hymn. We are so accustomed to worship grounded in praise and certainty, that to meet a text that comes out of the blue, full of phrases that bring us up short, that some might even read as blasphemous, will shock. But that is just the point.

Sydney Carter was an imaginative writer, widely known for ‘Lord of the dance’ and ‘One more step along the world I go’. In many of his hymns and songs he used imagination to interpret scripture and bring characters and concepts to life. His words challenge us and may even change us. Once, when asked what his own creed was, he replied ‘nothing fixed or final’. It wasn’t that he rode light to belief, rather the opposite. If he encountered something that challenged his perspective he understood that resistance was not always sensible. It could be that his understanding, even of the nature of God or scripture, could be wrong. What others might label ‘doubt’ he saw as being essential to a true deepening and growing faith. So when he began to interpret the story of the convicted men crucified with Jesus (Luke 23: 39–43) he enacted the part of one of the men. His words begin to describe the scene:

It was on a Friday morning
That they took me from the cell,
And I saw they had a carpenter
To crucify as well.

The description follows the thought of this man as he tries to make sense of what is going on. He owns his own guilt but can’t make sense of Jesus, the carpenter, being crucified. Over centuries humanity has tried to address the same question? Our way through this is to try to account for the obvious injustice of Jesus’ death, to find reason in it. We have talked of salvation or atonement. Carter is less theoretical, tries to get under the skin of the man through acting, living in the moment. The convict whose part he’s playing has a simple faith. Nothing wrong in that. He worships the Hebrew God of his ancestors. This carpenter should not be crucified. He was good. By what sounds wrong, perhaps blasphemous, to us he says:

It's God I accuse.
It's God they ought to crucify…

His reasoning is that if God has planned out each person’s life, then God is guilty for bringing this injustice to pass. So his words are harsh –

To hell with Jehovah,
To the carpenter I said,
I wish that a carpenter
Had made the world instead.

We don’t have the simple logic of an ordinary person. Our theology binds us and faces us with a contradiction. We talk about the death of an innocent man being needed for salvation. We construct complicated theories to explain away something that is unpalatable in the light of our theology. If God created all that is, then the ultimate responsibility for all things, good or evil, is God’s. So it makes sense to the man beside Jesus on the cross to convict God. Carter sees this and so the man says what feels to him to be just:

It's God they ought to crucify
Instead of you and me,
I said to the carpenter
A-hanging on the tree.

There is irony here which the convict doesn’t know about.

We know God is LOVE and Jesus is the embodiment of that love, the incarnation of God. The carpenter, Jesus, is God! The problem, then as now, is that, confronted by the utter totality of love, of perfect goodness, we either accept that love or destroy it. Those in power, then as now, ignore or seek to destroy ultimate goodness. If we believe in the incarnation, that God and the carpenter are one, then actually God is demonstrating the ultimate self-sacrificial nature of divine love. God dies the death of the unjust rather than denying love even to those who execute injustice! Sydney Carter meets this head on, but leaves us with a question ‘A-hanging on the tree’. It is the tension between this unjust execution and the origin of evil. Naturally the convict’s thought turns to Genesis Chapter 3. He begins to reason, quite sensibly, and comes to a conclusion, that many would hold sacrosanct,

It was God that made the Devil
And the Woman and the Man,
And there wouldn't be an Apple
If it wasn't in the plan.

Consequently, God is ultimately responsible for creating a world in which some things are bad. Free-will doesn’t account for cancer, or a virus, but our actions and natural disasters are all part of creation. What is literally incredible is that people sometimes talk of seeing Christ, God, in others. This is the foundation on which Carter is building his text. The carpenter is God, invisible, unintelligible to the thief. And today we are still bid to see Christ in others. And still we are blind.

This God incarnate, this carpenter on the cross, was willing to be handed over into human hands at birth, and at the time of his death, to demonstrate the height and depth of Godly love. What goes wrong is when, in a cosmos that we are only slowly learning to understand, we don’t acknowledge the presence of Christ in each other, of God in the carpenter and in you and me.

If we can’t grasp this, rather than trying to construct elaborate theologies, better perhaps to acknowledge, then as now, that we are all selfish enough to seek to eradicate the love that is selfless enough to love us in spite of ourselves. As to how it is possible for us to be loved by God, perhaps it is better to rest in an honest agnosticism, an admission that we do not know all there is to be known about God and creation. Then perhaps we can hold to a faith which is never fixed or final as we learn more of love and justice and the nature of the God of love we claim to worship.

God, in spite of all, though we cannot fathom how, may we, through the incomprehensible grace of your divine love, be with you in paradise. Amen.