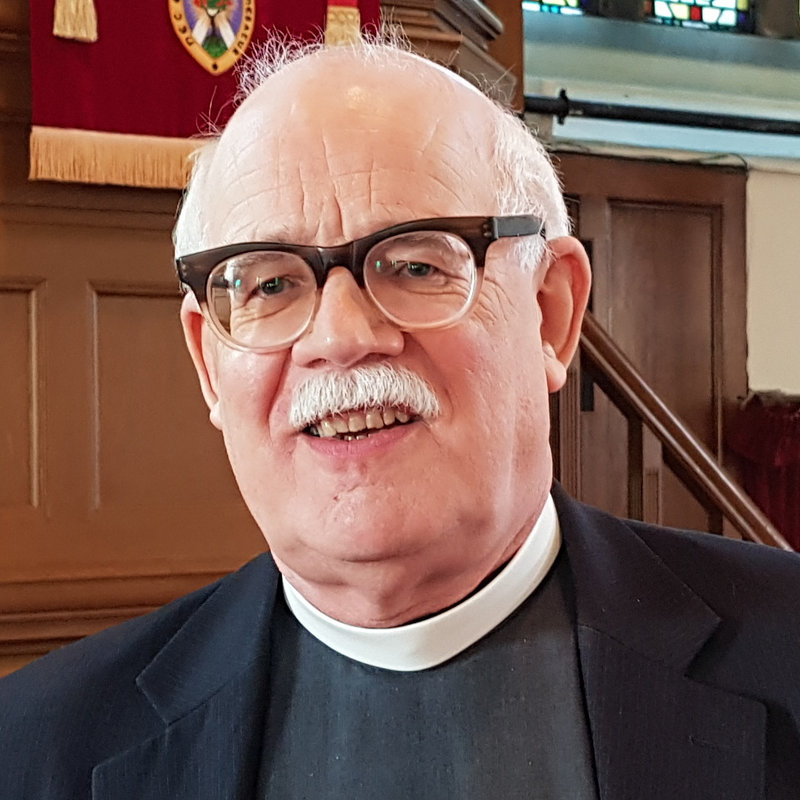 The Saviour died, but rose again
Triumphant from the grave;
And pleads our cause at God’s right hand,
Omnipotent to save.

Who then can e’er divide us more
From Jesus and His love,
Or break the sacred chain that binds
The earth to Heaven above?

Let troubles rise, and terrors frown,
And days of darkness fall;
Through Him all dangers we’ll defy,
And more than conquer all.

Nor death, nor life, nor earth, nor hell,
Nor time’s destroying sway
Can e’er efface us from His heart,
Or make His love decay.

Each future period that will bless,
At it has blessed the past;
He loved us from the first of time,
He loves us to the last.

A splendid paraphrase of ‘a splendid passage of Scripture’[1] ‘which in itself reads almost like a triumphant celebratory hymn,’[2] is set to a splendid tune – but the text took its final form at the hands of a not-so-splendid Editor, who was never far away from controversy. The original author of this magnificent Easter hymn (first published in 1745), based on Romans 8:34-39 remains unknown; but its final version, which is still in current use, is almost certainly the work of John Logan, minister of the Second Charge of South Leith Parish Church (1773-1786). It was published in the Scottish Paraphrases of 1781. That collection of 67 items was produced in what was a response to a growing desire for words other than from the Psalms of the Old Testament, to be sung in the public worship of the Kirk.

Although the publication of the Paraphrases meant that at long last the complaint uttered by Principal Robert Boyd (1578-1627) that in spite of the psalmist’s repeated exhortations to sing new songs, the fact that Church continued to sing only ancient ones[3]  had begun to be addressed.  It has been claimed that producing mere paraphrases of Holy Scripture for singing was hardly the best way forward, since it had been asserted by no less an authority than Dr Isaac Watts that we are not under call, either of God, or of Christian prudence, to sing the Bible![4]  Hymns, he argued, ought to represent our response to the Word of God, rather than our mere repetition of it. Nevertheless, at their best, paraphrases of Holy Scripture that faithfully reflect on, and respond to the fulness of God’s self-revelation in Christ are an evangelical necessity; and what greater evangelical imperative can there be than the proclamation of the significance of the resurrection—the central doctrine on which the Christian faith is founded, and without which the Church would have nothing to declare.

But paraphrases can be problematic. Some are quite tendentious, as they distort the very Scriptures that they are seeking to explain and proclaim.  Others ignore textual issues (at the expense of accuracy), and both undue expansion and enforced omission may compromise their integrity.

It may be debatable as to whether the paraphraser should also be a preacher, but surely good hymns should serve both an educational as well as an evangelical purpose.  Did not Wesley succeed brilliantly in teaching and expounding Christian doctrine through the medium of hymnody? All paraphrasers run the risk of becoming excessively prolix, but I cannot agree with the view that in its current form this particular text ‘seems rather wordy and archaic.’ [5]

Editors have to do their best with the resources that are at their disposal; but by providing for the worship of the Church hymns and songs that are Scripturally and theologically sound, they can help singers to make the language of the Bible their own.

There is, however, a fine line to be drawn between ‘making the language of the Bible one’s own’ and passing off other people’s work as one’s own; and this was where Logan came unstuck. The writings of Michael Bruce, the ‘gentle poet of Loch Leven’ (another contributor to the Scottish Paraphrases), who had been a fellow student with Logan at the University of Edinburgh before dying at the early age of 21, had come into Logan’s possession, but he published them under his own name, without giving the true author his rightful and appropriate acknowledgement.  Whether he did so carelessly or wilfully remains open to question; but his defeat in an ensuing legal action confirms Logan as a plagiarist, and leaves a permanent stain on his reputation.  At best he remains something of a flawed genius, but we may remain grateful that his skilful editing of the anonymous paraphrase first published three years before he came into this world has left us with a superbly lyrical credal hymn which reaches its climax when it perfectly captures the Apostle’s conviction (announced ‘with a poet’s fervour and a lover’s rapture’) that nothing in all creation can ever separate us from the love of God, which is in Christ Jesus our Lord. [6]

The fine and vigorous tune ST ANDREW (to which the paraphrase is normally sung) first appeared in William Tans’ur’s The New Harmony of Sion (Book II, 1764), where it was set to Psalm 150, and headed ‘Darby Tune, composed in 4 parts, W.T.’   The initials may signify that Tans’ur, a teacher and composer of West Gallery Music, was responsible only for the harmony. The current setting in the Church Hymnary: Fourth Edition (2005) was harmonised by T C L Pritchard (1885-1960), Musical Editor for the Scottish Psalter (1929), where it appears in the key of A major.  CH4 transposes it down a whole tone.   Since that version is still in copyright, I have provided a harmonisation of my own.

Risen Lord Jesus,
Who, by the grace of God,
overcame the sharpness of death
and opened the Kingdom of Heaven to all believers;
confirm and strengthen our faith,
and help us;
that at the last
we may be numbered with the saints
in glory everlasting,
where our joy shall be made complete
for all eternity.  AMEN.

So may our trust never be confounded
that our destiny will indeed be made secure
for all eternity. AMEN. 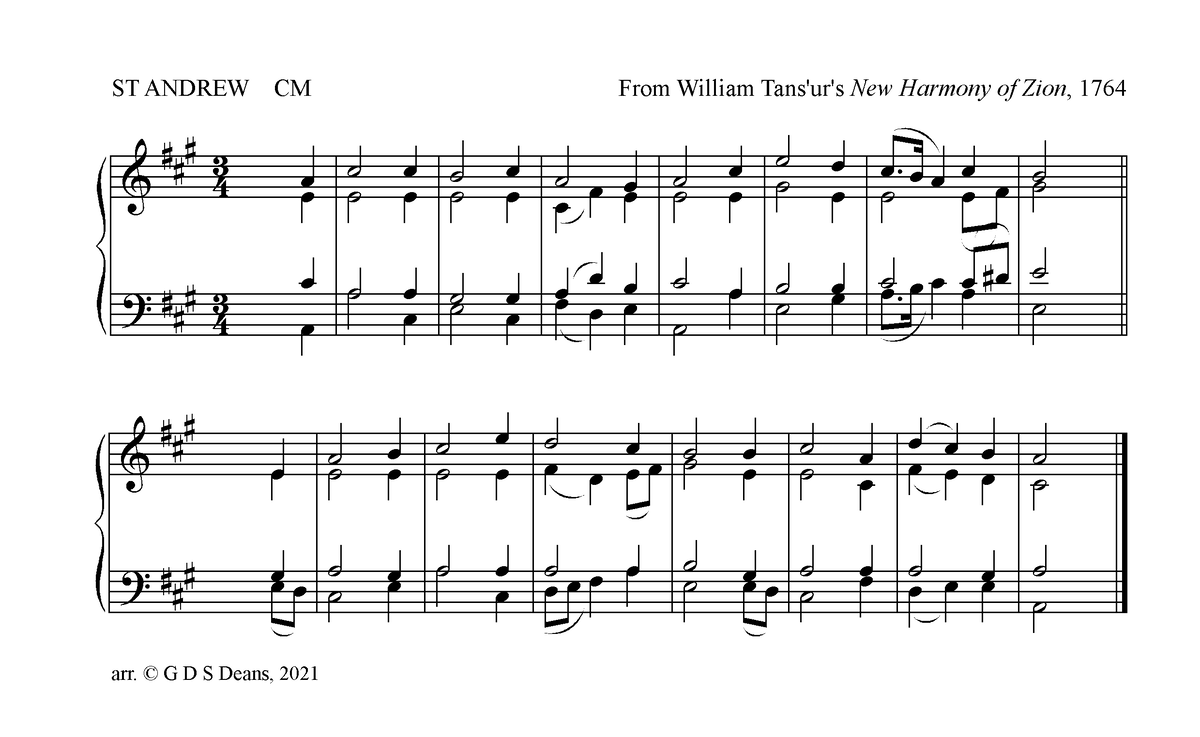