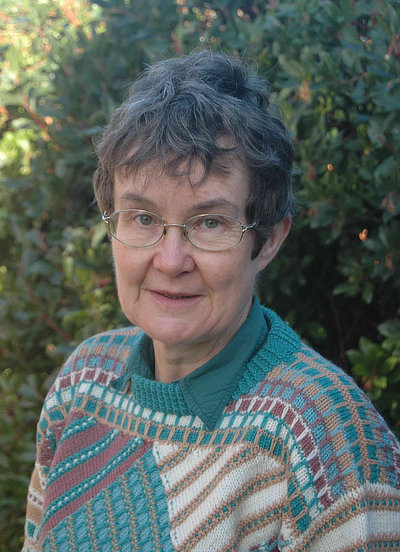 This is the Lord eternal,
making his home on earth;
this is the man whose suffering
shows us our own true worth!
This is the one whose purpose
permeates time and space:
look in the face of Jesus—
this is the God of grace!

When I first saw this hymn text, I was impressed by the way Martin’s words brought together in one hymn, with clarity and simplicity, so many of the aspects of Jesus which are found in different books of the Bible. Its dactylic metre also interested me, and prompted me to write a tune for it, which is also called FACE OF JESUS.

There are many hymns which either concentrate on Jesus’ birth, or on his teachings, or on his death and resurrection, but this one invites us to try to get a grip on the whole picture, and to wonder afresh at the miracle of the Incarnation: the infinite God in a finite human being, or “the Word made flesh”. (John 1:14)

His ministry started when he was 30 years old, so until then he was a carpenter, following his father’s trade (He’s known as “son of Joseph” and “the carpenter’s son” in Matthew, Luke and John.)

Verse 2 shows us how Jesus’ ministry was not always welcomed. The “famous rabbi often misunderstood” is illustrated in John 6, where people argue with Jesus about his saying “I am the bread of life” and some reject him. There are several cases in the gospels of his being “hated for doing good”, for instance in Luke 6:6-11 and John 5:1-18, when his healing someone on the Sabbath provokes rage and plotting against him. As for his being “master of heart and mind”, we can find stories which show his concern and love for people—heart— as when he weeps with the friends of Lazarus in John 11, or weeps over Jerusalem’s fate in Luke 19; but also his intellectual sharpness—mind—when he argues in Luke 20: 19-39 with some of the religious authorities of his day.

In verse 3, the “man of sorrows” brings to mind Isaiah 53:3-8, the description of the “suffering servant”. All the gospels describe in various ways how Jesus was “harassed, betrayed, accused”, and crucified, and 1 Peter 2 quotes from Isaiah 53 to explain the relevance of Jesus’ persecution and death to all Christians: we are healed by his wounds.

Verse 4 sums up the meeting of heaven with earth, and of infinity with time and space. Rather than illustrating one passage of Scripture, it invites us to give thanks for the Bible’s central message of God’s love for us, to realise again the extent of that love, and to worship “the God of grace”.