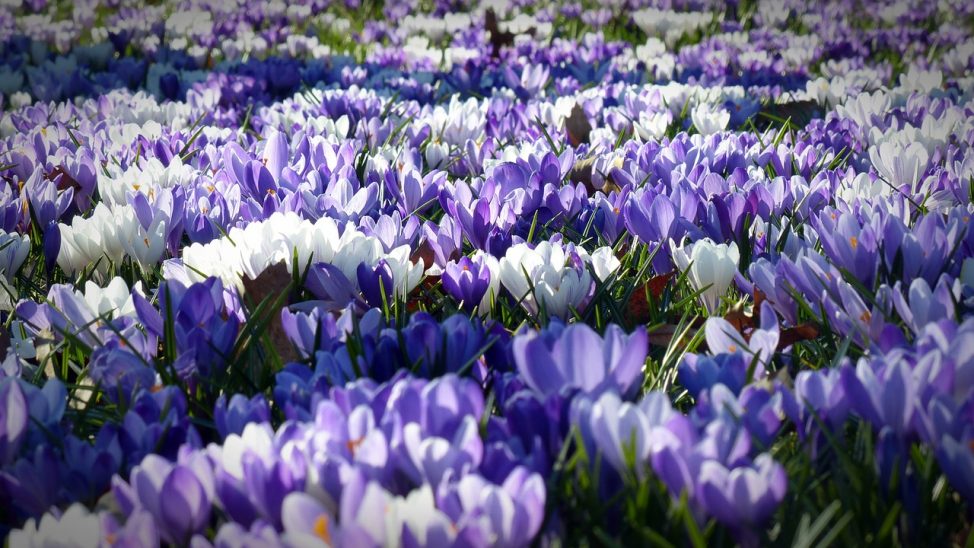 With the last mailing you should have received your Booking Form for our 2013 bumper 3-Day Conference at Swanwick Christian Conference Centre. Although the deadline is 30th April there are, at the time of going to press, still some places available. Please book now – it should be a really grand time together!

Indexes – finding information from past Bulletins

The Combined Index to Volumes I–XVIII can be found on the Society’s website in the ‘Members’ Area’; it is accessed by clicking on the Big Red Button (which then turns Green) on the Homepage. Having entered your Username and Password, you will be taken to the Index of Contents; second down is a complete PDF index of the Bulletins—volumes I to XVIII. It should be possible to do a word search taking you from one entry to the next etc. To obtain your Username and Password contact Gillian Warson whose Email is:

The Printed Index for Volume XIX is now with the printers and will be included with this mailing. The previous two Volumes (XVII and XVIII) are currently in preparation. Having established what items you wish to look at, contact the Secretary with your requests and any other information you may need and, for a small contribution to the Society, he will be pleased to send you either a copy of the article or the entire Bulletin in question.

Congratulations to our Honorary Treasurer

Our Treasurer, Michael Garland, who is also Vicar of St Mary’s Church, Charlton Kings, has recently been conferred the honour of being made a Canon of Gloucester Cathedral.

We welcome a new joint member via IAH

The hymn tunes of Bernard Massey ~ can anybody help?

We have been requested by the Executors of Bernard Massey’s estate to compile a list of the hymn tunes which Bernard composed and which may be in circulation. So far we have the following: Gatton Park, Living Bread, Mansfield College, New Earth, New Jerusalem, Parkside and Quest (variously from Hymns & Psalms and Rejoice & Sing). If anybody knows of any others, or indeed hymns if there were any, could you please get in touch with the Secretary.

The works of Charles and John Wesley online

Our member, Mike Harris, has drawn attention to the Duke Divinity School website (www.divinity.duke.edu) which has recently made available online the poetical works of John and Charles Wesley. The Charles Wesley sub-section presents all his known surviving manuscript verse, including the large collection of the Methodist Archive and Research Centre at The John Rylands University Library in Manchester, as well as scattered manuscript items at a number of other sites. The full website address for the Charles Wesley sub-section is:

Did you know? (Did you really want to know?!)

On BBC Radio 4 Ramblings on Saturday, March 2nd, Clare Balding was walking with the singer/actress Toyah Willcox in Croome Park, Worcestershire. It emerged during the conversation that in the 1990’s Toyah, in the same year, was presenting both Songs of Praise and the Good Sex Guide Late!

Christmas seems a long way away now but, in one of our major Cathedral Carol Service Sheets these words appeared within God rest ye merry, Gentlemen:

To save us all from Stan’s sway
when we had gone astray.

As John notes, it must be ‘a line which refers us to a hitherto unknown aspect of theology’.

Apparently one of the young ladies in the choir was rendered visibly incapable of any further sensible contribution to the service at that point.

The works of William James Foxell

William James Foxell (1857-1933) was a clergyman/composer whose music has recently come to light. To date only one church anthem and one hymn (Saviour, to Thee we raise our hymn of gladness) have been identified. Probably there is much more of his music to be found. Are any members aware of further output? If so, please contact the Secretary.

On Sunday, April 14th the BBC News confirmed the Order of Worship for the funeral of Baroness Thatcher and that it would ‘include the Patriotic Hymn, I vow to thee, my country’. If a hymn is, by definition, ‘A song of praise, especially to God in Christian worship’ (OED) is a ‘Patriotic Hymn’ something of a contradiction? The status of Cecil Spring-Rice’s words have for a long time been a source of contention.

Within the Bulletin archives there are five references to I vow to thee, my country. Two of them are within book reviews; two (Bulletin 153: Vol.10: No. 1: January 1982, p.1f. and Bulletin 257: Vol.18: No. 12: October 2008, p.433f.) contain articles largely involved with its provenance; one (Bulletin 244: Vol.17: No.11: July 2005, p.280f.), by Doug Constable, whilst also addressing provenance, reflects upon the meaning of the words. Collectively they contain useful insights, not least, into the evolution of our acquisition of historical information. Interestingly, Bulletin 257 includes a facsimile of the original poem penned in 1911/12; the first verse is very different from the familiar one which we know and which was written in 1918. 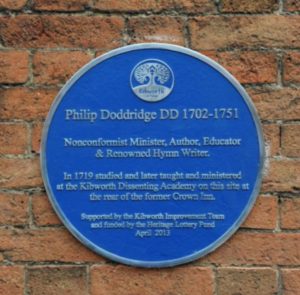 On a rather damp Saturday in Leicestershire a Blue Plaque was unveiled on the wall of the White House, 51 Leicester Road, Kibworth Harcourt; the site of the former Dissenting Academy at which Philip Doddridge studied, taught and ministered. Guests included the local MP, Sir Edward Garnier. The Hymn Society was represented by our member, Miss Joyce Horn. The weather cleared for the ceremony. Following a welcome by Kibworth Improvement Group, Malcolm Deacon, who wrote Philip Doddridge of Northampton (published Northamptonshire Libraries 1980 ISBN 0 905391 07 1) gave a short address. The ceremony concluded with drinks and sandwiches in the local pub! A short video clip (1.57mins) of the unveiling of the Plaque is available to be viewed at http://youtu.be/uuC5rKA74UM

A further Plaque, commemorating Anna Laetitia Barbauld, is being unveiled on Saturday, 11th May also at Kibworth Harcourt, Leicestershire. Further information about how and where to attend may be obtained from Revd Janet Wootton. Email: janet.wootton@congregational.org.uk

Postscript from our member Brian West

The Daily Telegraph of 2nd February 2013 reported that a lady aged 83 had been banned for life from her local Tesco store for, they claimed, bullying and abusing staff.

She said, “It’s a trumped-up charge. Bullying? You must be joking. I watch “Songs of Praise” every week, for goodness’ sake. I hardly go around attacking people.”

Members might be encouraged by this to add membership of The Hymn Society to their defensive armoury, in case they should ever be accused of misbehaviour, justly or otherwise – may it also be yet another incentive to recruit new members!